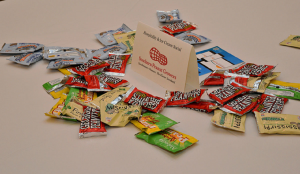 Peanuts are a great source of protein and they offer a number of other health benefits. In addition to supplying peanuts to the world, growers are also helping to solve the challenge of peanut allergies that affect so many people. Through the National Peanut Board, peanut farmers have funded more than $21 million worth of research on the peanut allergy issue to try to figure out a solution.

“This year in January, based on some long-term research that’s been done on introducing peanuts very early. It can significantly help reduce the incidence of peanut allergy among your highest risk kids,” said Leslie Wagner, executive director of the Southern Peanut Growers, a non-profit trade association which receives funds through a self-assessed checkoff made by peanut farmers in Alabama, Florida, Georgia and Mississippi.

Research shows an 86 percent reduction in the incidence of peanut allergy in high risk kids who have already displayed allergies to other foods or have parents with food allergies. New product developments in the peanut industry over the last decade include peanut powder, which is very accessible from a number of companies. That has made it much easier to introduce peanuts as early as four to six months of age.

General nutrition research that has been done on nuts shows that about 67 percent of all nuts eaten are actually peanuts. And eating a handful of any kind of nuts each days offers many health benefits.

“The truth is peanuts, almonds, walnuts… nutritionally are so similar,” said Wagner. “Peanuts have the most protein of any nut. Almonds have just a little bit more of the monounsaturated fat, but it’s so close that it’s not really a significant difference.” 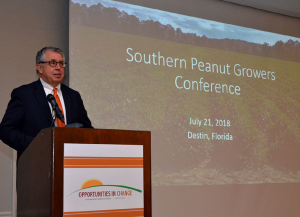 Peanut industry lobbyist Bob Redding spoke with those gathered at this year’s Southern Peanut Growers Conference about key provisions in this year’s farm bill. Important items Redding discussed included a $535 reference price and $355 marketing loan, as well as a separate peanut payment limit. Redding also spoke about storage and handling provisions, which he called a target in this year’s bill. He told those in attendance that timing is critical with mid-cycle elections again on the horizon.

“Getting a five-year farm bill done and in the bank is important for our business. Very, very important,” said Redding, noting that an extension would complicate things for peanut producers.

Vantage South and Vantage Southeast both serve the peanut growing region with precision solutions and agronomic services, and both have been long-time sponsors of the SPGC. 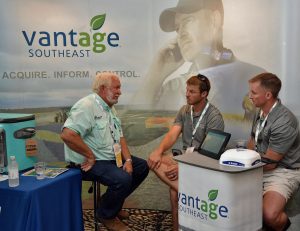 Vantage Southeast is focused on Georgia, Florida and South Carolina growing regions. Travis Kelley says their team always enjoys coming to the SPGC. “It’s been important for us,” said Kelley. “We don’t consider it a sales meeting. We consider it more of a support for growers.” Vantage Southeast is also the official SPGC blog sponsor once again this year. 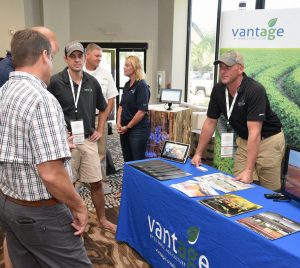 Vantage South general manager Josh Carnley says they like working with their peanut farmers in the Alabama and Mississippi growing area. “We are a precision ag company and we specialize in taking technology and helping farmers implement it to be more efficient in their operation,” said Carnley. 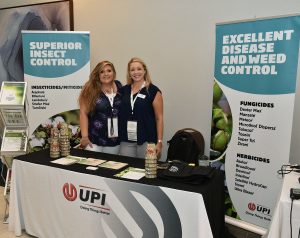 We met UPI and Alexis Bromley last year when they were brand new to the SPGC family and they were thrilled to come back for the 20th anniversary.

“It’s a great opportunity to talk to growers from several different states to see what their needs are in the marketplace,” said Bromley. 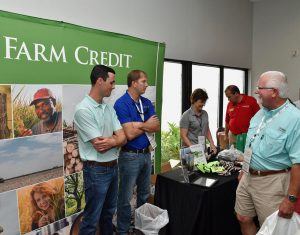 Jack Hittinger with Farm Credit of Northwest Florida says peanuts farmers make up about 50 percent of their business. 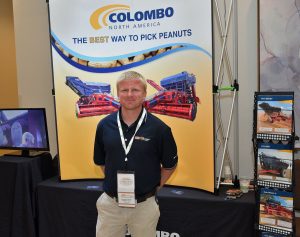 Colombo North America in Adel, Georgia has been providing the nation’s peanut farmers with a selection of peanut combines, technical service and active support since 2006 when they arrived in the U.S. as a subsidiary of Colombo Group in Brazil.

With dealerships throughout the peanut belt in Georgia, Florida, Alabama, Mississippi, South Carolina, North Carolina, and Arkansas, Jonathan Fulghum says the Southern Peanut Growers Conference gives them a chance to see many of their customers in one place. 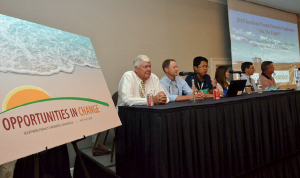 The panel of experts in all types of challenges facing peanut farmers is always a highlight of the Southern Peanut Growers Conference. From agronomics to weather, conservation and soil fertility, insect and disease management, the experts from Georgia, Florida and Alabama land grant universities provide their insights on this season’s crop. Listen to them all here: 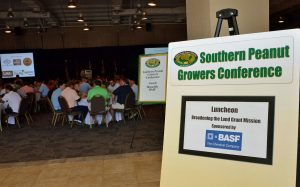 BASF has been honored to be part of the Southern Peanut Growers Conference family for all 20 years of its existence.

“The great thing about being here is so many of your good customers are right here with us,” said BASF sales rep William Reed. 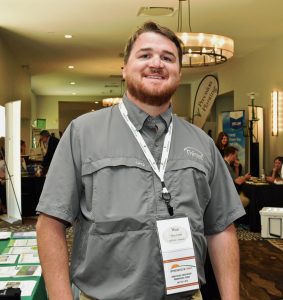 AMVAC insecticide THIMET is a tried and true organophosphate for the control of sucking pests, mites and other major insects in a wide variety of crops, including peanuts. 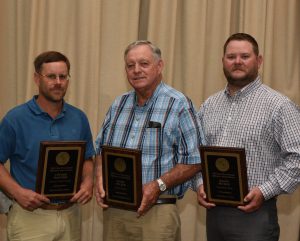 The 2018 Farm Press Peanut Efficiency Awards were presented at the Saturday morning breakfast. The awards are based on production proficiency, honoring growers who produce the highest yields using inputs wisely and efficiently.

The winners, in order from left to right, are:

Miller started farming in 1985 and grows peanuts and cotton in partnership with his nephew Lance.