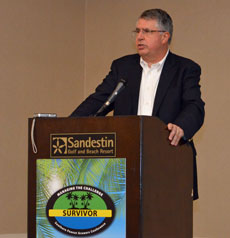 It may seem like the last farm bill process just ended, because it did only two years ago, but already farm state legislators and agricultural organizations are looking ahead to starting the 2018 Farm Bill negotiations.

“We’re wrapping up with the 2014 farm bill as far as any regulations that were outstanding and now we’re moving into prep for the 2018 bill,” says Bob Redding of The Redding Group, who represents peanut farmers on Capitol Hill. “So in 2017, farm groups will start with their policy process, you’ll have hearings and we’ll begin the 2018 farm bill process.”

Bob talks about how this process will be different than last time in this interview: