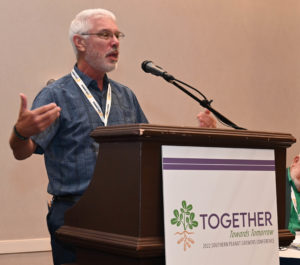 It is important for peanut growers to be involved in the community and to establish themselves as a resource for school districts. That was the message shared by Judson Crane with the Florida School Nutrition Association during the Southern Peanut Growers Conference.

Crane said one school district’s experience with parents making unreasonable demands because of their son’s peanut allergy opened his eyes to the need for accurate research and an understanding of what legally can and cannot be expected of schools and families.

“Farmers need to be at the school board,” Crane said. “It would have been very helpful if I would have had somebody in the community on the board or active that I could have used as a resource.”

Crane said help from the National Peanut Board was key in the outcome of that particular situation, which ultimately resulted in removing peanuts from one school building, but not the entire district as originally requested.

“What happens is, this fear gets in and people do unreasonable things, like take peanuts off the menu,” he said.