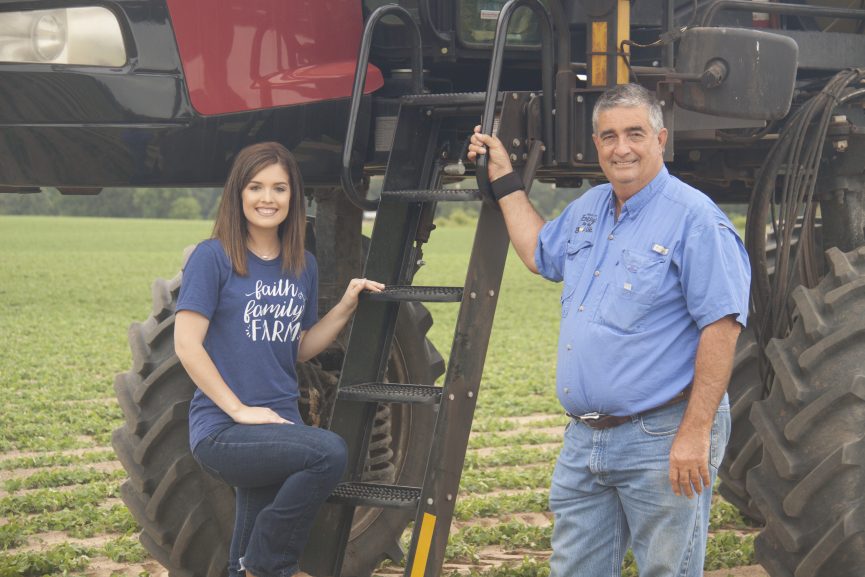 DOTHAN, Ala. – The Southern Peanut Farmers Federation today launched a campaign website, www.PeanutProgramWorks.com, and video to showcase the benefits of the Price Loss Coverage (PLC) program in the 2014 Farm Bill and highlight its importance to farmers, their families and communities. The website, through a series of farmer profiles, an informational video and fact points, demonstrates how so many peanut farmers rely on the stability brought to their market through the PLC program, which is known as the Peanut Program, and why it must be retained in the upcoming Farm Bill.

“The Peanut Program works,” said Armond Morris, chairman of the Georgia Peanut Commission and member of the Southern Peanut Farmers Federation. “It creates stability giving farmers the ability to secure loans, contract with shellers, buy from chemical and feed companies, and invest in farm capital equipment.”

The Peanut Program has given farmers like Michael Davis, a sixth-generation farmer from Graceville, Florida, the reassurance they need to continue farming. “The Peanut Program serves as an important backstop allowing us to plan for the long term. Without the Peanut Program, I believe that one-third of the farmers I know would go out of business, which would dramatically impact our communities.”

Through the website, SPFF aims to educate policymakers, farmers and the agriculture community about why the Peanut Program must be retained in the upcoming Farm Bill. The Peanut Program is a sound, market-based solution that offers farmers a necessary price floor to support continued stability and access to lending, regardless of what is happening in the larger market. The program also helps to meet the ever-increasing demand for peanuts both domestically and internationally. Peanuts have seen continued per capita consumption growth for years, jumping from 6.60 pounds per capita to 7.41 between 2012 and 2016.[i]

Caleb Bristow, executive director of the Alabama Peanut Producers Association, said: “In the supply chain for peanuts, what’s good for farmers is good for consumers. Changing the Peanut Program would have detrimental consequences for not only family-run farms like mine and rural communities across the southeast, but it would threaten the availability of a healthy and nutritious energy source for billions of peanut lovers around the world.”

Peanut Program Works’ main message directly combats the attempts by the Florida Peanut Federation to drastically lower reference prices and destabilize a program that works for peanut farmers, their families and their surrounding communities.

Don Koehler, executive director of the Georgia Peanut Commission and a member of the Southern Peanut Farmers Federation, said that the policy advocated by the FPF would benefit only a small number of their members at the expense of peanut farmers throughout the Southeast.

“The fact is the Florida Peanut Federation would undermine the market-based Peanut Program that works for peanut farmers, our families and our communities by pushing to dramatically lower the reference price and championing a self-serving effort on behalf of a few farmers who want to arbitrarily declare peanut base – a move that would put farmers in our community out of business and wreak chaos in the marketplace,” Koehler said.

“Peanuts aren’t publicly traded on the futures market so the price of peanuts isn’t set until well after the peanuts are planted, and we’ve sunk big money into our crop. In order to meet the growing global demand for peanuts, farmers need a system in place that provides stability over time. And fortunately, we have one,” said Mike Jordan, a Jackson County, Florida farmer.

The website, which was launched while the peanut industry was meeting at the 21st Annual USA Peanut Congress, urges and equips users to take initial steps towards understanding the Peanut Program and its sustained benefits, as well as the unreasoned claims made against it. Protect the Peanut Program that helps protect us—visit www.PeanutProgramWorks.com to learn more.