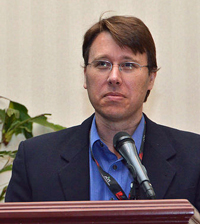 “Those two added together are very similar to the peanut genome,” said Dr. David Bertioli who explained how this provides researchers access to 96 percent of all peanut genes in their genomic context that can result in faster breeding of drought- and disease-resistant, lower-input and higher-yielding varieties of peanuts. 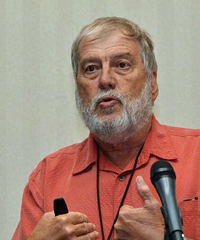 Also during the production issues session, Dr. Joe Touchton, Auburn University professor emeritus, talked about the direction of research funded by peanut producers. He has found that peanut dollars on both the state and national level are being spent effectively to meet research needs. “Even though there’s not enough dollars, they can leverage them out against experiment station money and get a lot of bang for the buck,” said Touchton.

He says there are nearly 80 peanut researchers in three different states in a variety of areas and it is well coordinated to avoid duplication in order to leverage dollars efficiently.